It has been quite a (long) minute since I wrote my last blog post. About about a six month long minute actually. It’s crazy to think that when I was writing the last one, I was writing about my first three months and now I only have three left!… well 2 months and 19 days (not that i’m counting or anything…) My excuse for not writing for so long i guess is that I’ve been having too much fun. Sounds like a lame excuse right, but it really is true! I would pick up where I left off but that’s like six months of missed blogs and millions of things to write about and i really don’t think anyone wants to read a 6 billion word blog, soo i guess I’ll list the highlights!

I have to start with the obvious, eurotour! Eurotour was the coolest experience of my life so far for sure! 15 days and 12 Cities! I guess it was especially cool for me because it was my first time seeing europe. My eurotour consisted of Milan, Geneva, Paris, Brussels, Amsterdam, Berlin, Prague, Bratislava, Vienna, Budapest, Postojna and Venice. Surprisingly, my favourite city wasn’t Paris which is definitely what I was expecting as I’ve literally wanted to go there FOREVER but was actually Budapest. OMG i’ve never seen anything like Budapest I was in love. Definitely one of the prettiest cities I’ve ever seen. Anyway i won’t write much about eurotour in this post i might write a whole separate post about it, there’s that much to write about.

Anyways on the 29th of june i got back from the tour and didn’t even have to time to be sad about the fact that it was over because i got right back into things in altamura. I changed host families the day of my return, now i’m staying with my best friend which is literally the coolest thing ever. We live in ‘campagna’ or in english the countryside. It’s pretty cool, it’s a villa and they hosted parties the whole summer; 18th birthdays mostly. At the start this was cool because we got the help setup, we made friends with the dj’s and caterers (i guess you can imagine what come with making friends with the caterers… amazing food) and sometimes we were even invited to join the parties, but after a few weeks i started to realise how much i preferred sleeping in silence to sleeping with blaring music coming from my backyard. Anyways, i guess it was an… experience haha. This summer was literally the best three months of my life so far! I feel like i was doing something everyday! Not to bore you all with a play by play of everyday of summer i’ll list the highlights:

11th of july- I went on a trip with my host uncle, host cousin and host sister. My host uncle is from a city called Lecce which is a bit further south from where i live. Basically he showed us around his part of italy and it was incredible. On the first day we went to alberobello. This city is literally incredibly beautiful i HIGHLY recommend it to anyone if they ever come down south in italy. It’s basically a city full of these little cone houses. Again, a bit hard to explain but it was so beautiful. After alberobello we went to Martina Franca for dinner, also a stunning city. Then the next day we headed to the beach! This was my first swim of the summer. We stayed at the beach all day and i got SO tanned omg! That night we were in my host uncles town of Lecce! It is so incredibly old and so beautiful. We had dinner with his parents, pasta of course (well, antipasto, primo, secondo and dolce as always with grandparents a full course meal) and then we went on a walk of the city. He took us to all his favourite places and we saw heaps of cool things. The next and final day we went to Grotta della poesia… incredibile! Another place i highly recommended. I jumped into the grotta which was very scary but also so much fun. Another full day at the beach and then we went home to altamura. I had such an amazing time and i’m so grateful to him for taking me on that trip!

Back to life in Altamura i spent my time with my friends everyday going into piazza and hanging out, eating (always) and having little pool parties here and there at my house (on the rare occasion when there wasn’t the big 18th’s).

27th of july- I went to Castellaneta Marina with my host sister and our two best friends Domenica and Sara. We had a full day at the beach and then that night we went dancing. Castellaneta isn’t really the most beautiful place but everyone from altamura goes there for dancing and so it was really cool to go. At the disco we basically knew everyone!

3rd of august- This was another great day/night at castellaneta for the beach and disco. I also had some amazing pizza at the Albatros beach club. I went there with a few friends before the disco and had a lovely time.

11th of august- We spent ferragosto on the beach. Ferragosto is a weird italian holiday that I don’t really understand, it means just like mid-august and it’s a public holiday to celebrate i guess… mid-august no idea. Anyway, we had a bonfire on the beach and it was so much fun just spending time with all my friends. For more Ferragosto celebrations when we got back to altamura the city was covered in lights and there was heaps of rides and amusements around town which was actually really cool and heaps of fun!

17th of august- We were back in castellaneta for the beach and disco for one last time… I don’t know if anyone knows who he is but Bob Sinclair was the DJ that night which was so so so cool! If anyone knows the song ‘love generation’ that’s by him. Anyways, of course it was a great time at the disco with my friends (and half my town). The rest of summer I spent in altamura with my friends and it was really just the most amazing time ever. I really will never forget it…

Anyway school started back up on the 11th september and unfortunately I’ve been back in routine ever since then. School monday until yes…SATURDAY and then i’ve been hanging out with friends in the evenings and on the weekends, well weekenD, (singular) as we only have Sunday off.

25th of September- This was my host sister’s birthday and we had a huge party for her with such good fooood! It was on a Sunday so Monday morning i was very very tired but as always SO MUCH FUN!

5th of October- I went to Tivoli with rotary for my ‘orientation’  (only 9 months late) which was so much fun! I got to see all my old friends from eurotour which was amazing and I got to make heaps of new friends with all the new exchange students. The one thing that came along with meeting all these new people was the new pins… My rotary jacket weighs about 3 kilos more now omg… Anyway, it was quite a nice trip. We went over the rules of rotary (for about the 1000th time) and we had some cool activities, we also had a tour of the town and the villa d’este. It was a really nice weekend and I really enjoyed myself, it was really nice to spend time with other exchange students because for me it only really happens on rare occasions as my district is very big with very few students so we are all very far from each other.

Another important date for my group of friends was the 16th of october! This was my birthday, but also one of my best friends, Michele’s birthday. At midnight i had a little cake with friends and then straight after we went to do the surprise for michele. Let me explain… in italy when you turn 18 (i don’t know why) but your friend have a ‘surprise’ for you. Now this surprise isn’t something nice like, i don’t know, a puppy, no.

Basically what they do is they tape you up to a chair or a pole or something and just like abuse you. Okay, not abuse but like they throw flour and eggs at you and just basically make a mess. Okay it’s a bit funny buts also… TERRIBLE! I have no idea who came up with this but yeah anyways we did that for poor Michele… That weekend was quite busy, on Saturday night i went out with about 20 of my closest friends for pizza and then on Sunday it was my friends big 18th birthday party. Let me just say in italy 18th birthday parties look more like a wedding. They’re a very big deal here…

OMG almost forgot to mention that on the 16th my AMAZING mother sent me a big bouquet of flowers to my school and as you can imagine was both emotional and like the best surprise ever! I literally have the best mum ever.

Anyways this has been a very… messy blog post and i’m sorry about that. Also I’ve missed out on about 10 million amazing things i’ve done but i just wanted to give a little snippet and update of some of the incredible things i’ve done this past summer and the past few months. I cannot begin to explain how much fun I’m having and how much I love my life here In italy. This experience really has been indescribable and I’m so so so grateful to be able to have this experience! I will make sure to write blog posts more often because I think it’s a much better idea to write short frequent blogs then to wait like 6 months and have an extremely long post like this one! Very sorry about that. Anyway, until next time!

ps. i have no idea why some photos are like sideways

On the train to Matera

My friend Francesca and our other friends niece

My friend Pietro and I

Some friends at my house

We were all matching

The sea near Lecce

My city at Ferragosto 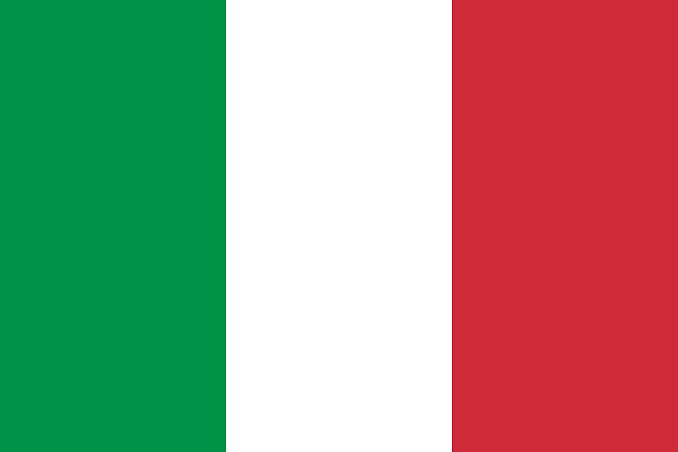